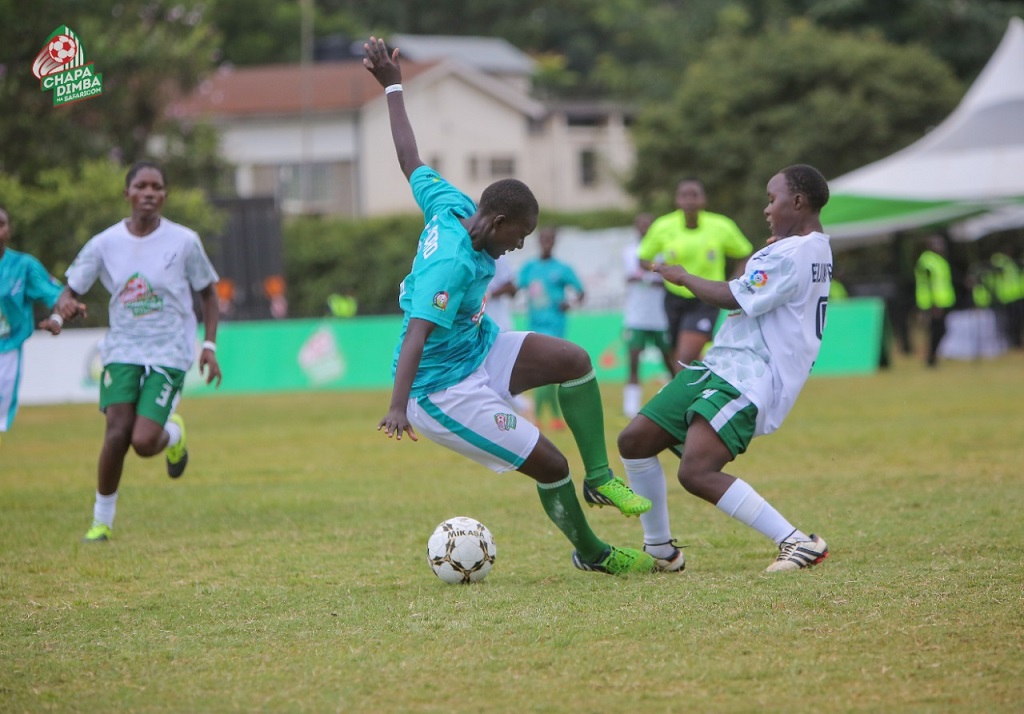 Beijing Raiders were the season one Nairobi regional champions before Acakoro snatched the title from them in the second season.

Starehe’s Beijing Raiders trounced defending champions Acakoro Ladies FC from Kasarani 6-0 with Salome Drailer bagging a hat-trick and one more goal at the 40th, 59th and 72nd and 84th minute  as her counterpart Facila Adhiambo scored a brace at the 45th and 76th minute.

“I changed the structure of the team to give the players more freedom since I don’t have an outright attacker assigned yet, and I am glad it worked. This was always the goal for us to not only return to the National Finals but to also win it and do better than we did in Season 1,” said Beijing Raiders coach, Mark Okwiri.

Dagoretti Mixed won 4-3 against Harakati Sportiff in post-match penalties after playing to a barren draw at regulation time.

“It was a tough game. Both teams put their best foot forward but neither managing to score, which showed that both teams were well prepared. I thank God for giving us the win and I promise that we shall do our best to come back with the national title,” said Dagoretti Mixed Captain, Peter Achoka.

Both Beijing Raiders and Dagoretti Mixed won KES 200,000 and will now represent Nairobi Region in the national finals set for June 2020 at Bomu Stadium, Mombasa. Acakoro Ladies and Harakati Sportiff did not walk away empty handed as they both pocketed KES 100,000, with a host of individual prizes won by the best performing players.

The 2 teams join Tumaini School from Makueni, Isiolo Starlets from Isiolo, North Eastern’s Berlin FC from Garissa, Coast region’s Yanga FC from Malindi, Kwale Ladies, Falling Waters from Laikipia and Ulinzi Youth from Nanyuki who have already secured a ticket to the national finals where KES 1,000,000 is up for grabs.

The tournament now heads to Kericho for the Rift valley regional finals set for 7th and 8th March 2020 at the Kericho,Green stadium.

An all-Star team comprising of 32 players, both boys and girls, will be selected from the 8 regional finals to attend a 10-day training camp in Spain during which they will play friendlies against top Spanish La Liga Football Academies.