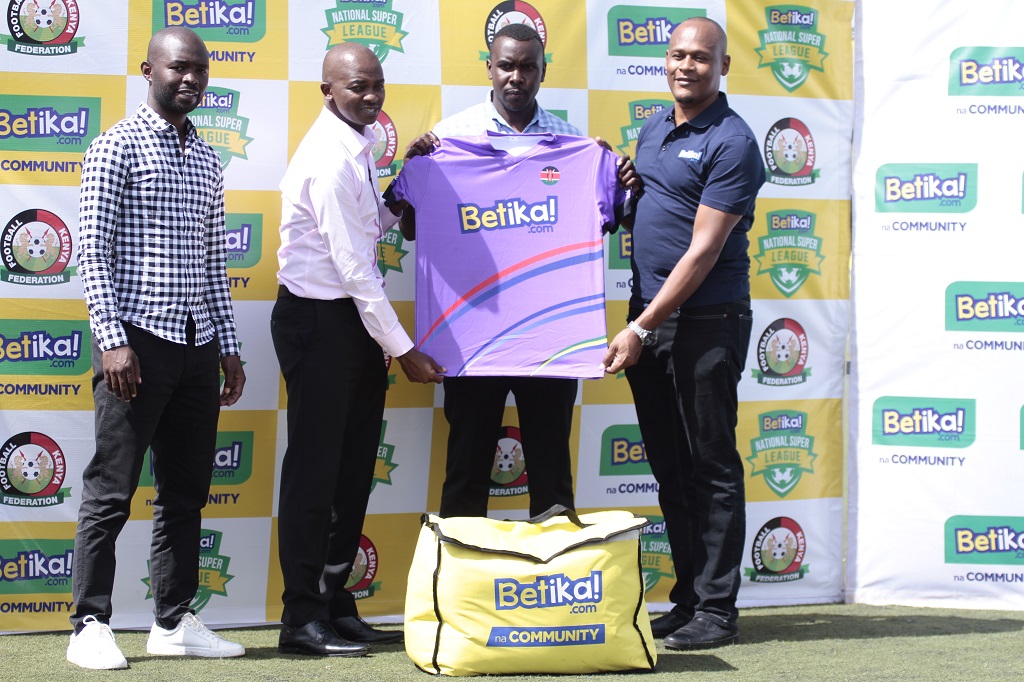 Football Kenya Federation in partnership with title partner, Betika, have presented kits to participating clubs in the Betika National Super League on Monday, February 24, 2020 at the Camp Toyoyo grounds.

Under the sponsorship, each of the 20 competing teams will get Ksh 750,000 per year and in-kind provision of uniforms, financial support, kits, balls, nets, and other sports equipment.

Mr. John Mbatiah, the firm’s Commercial Head said, “The big picture was to create a  competitive league where we can source talent for the Kenya Premier League.”