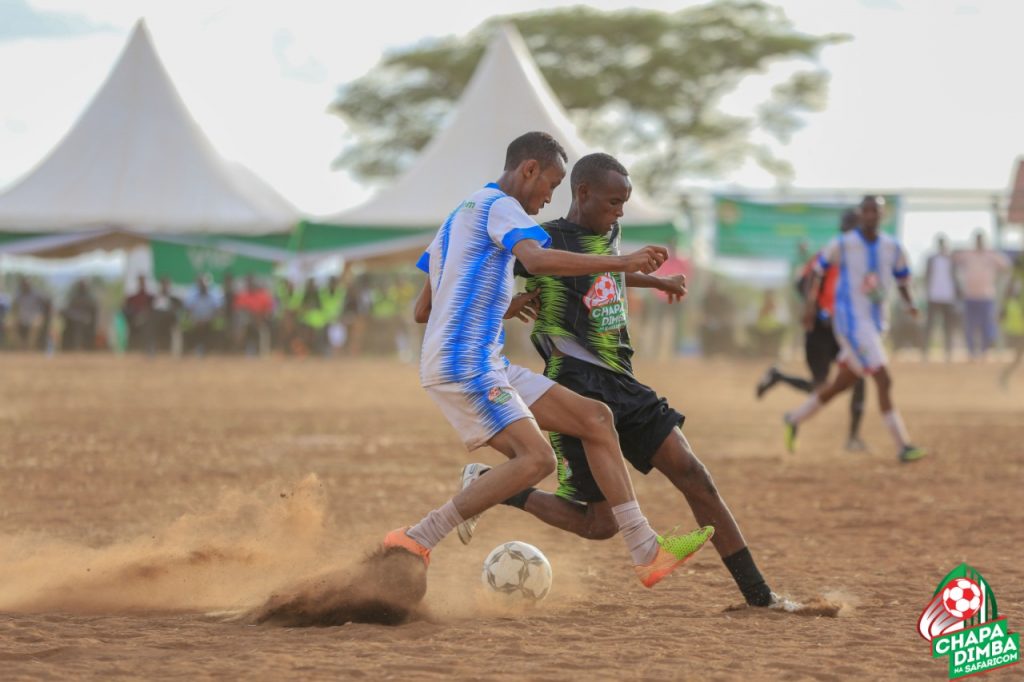 The Eastern region will this weekend crown their new Chapa Dimba Na Safaricom champions as the youth tournament hosts the region’s finals at Machakos Stadium.

With reigning Champions Supersolico from Mwingi and St Mary’s Ndovea from Makueni being bundled out of the tournament at the group stages, all 8 teams will be looking to book their slot for the national finals set for June next year.

In the boys’ semifinals, Tumaini School from Makueni will face Biashara FC from Moyale while Black Panthers from Meru Central take on St. Daniels from Chuka. In the girls matches, Isiolo Queens will play Mabuu Queens from Moyale as season one champions Ngakaa Talent from Makueni play Chuka University.

“Through this tournament, upcoming players gain exposure and a chance to showcase their talent. Various stakeholders from the football scene converge at this competition, increasing the chances of players getting scouted to play for top clubs and the national team like we have seen with Harambee starlets,” said Boniface Ndambuki, Coach, Ngaaka Talent.

The three-day regional final will kick off with players’ life skills and mentorship clinics on Friday followed by the semis and finals on Saturday and Sunday respectively. The winners will walk away with KES 200,000 with the losing finalists pocketing KES 100,000.

North Eastern’s Berlin FC from Garissa and Coast region’s Yanga FC from Malindi and Kwale Ladies are among the teams that have already qualified for the national finals where the winners will get KES 1,000,000.

Other teams that have booked their tickets to the national finals include Central region’s Falling Waters from Laikipia and Ulinzi youth from Nanyuki.

This season, two coaching and scouting clinics by certified La Liga coaches have been included in the tournament. The first one was held in Mombasa in December 2020 and the next clinic is set for 22nd -23rd February in Nairobi.

32 boys and girls will this season be selected after the regional finals to form an all-star team that will attend a 10-day training camp in Spain during which they will play friendlies against top Spanish La Liga football academies.