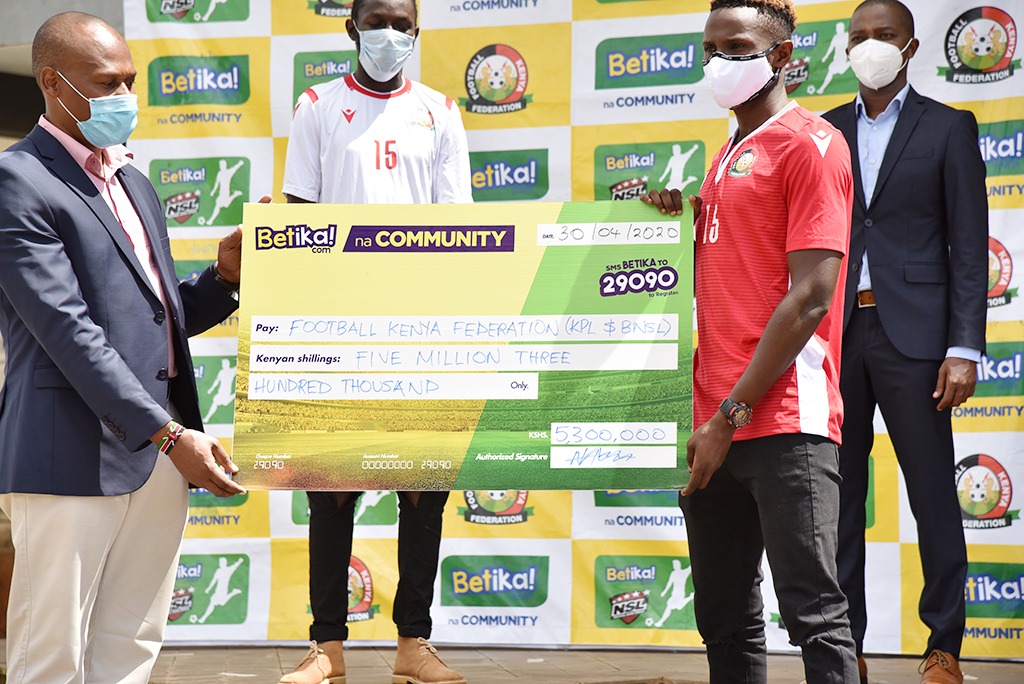 In a bid to cushion players against the economic effects of the global Covid-19 pandemic that has grossly affected football activities, Football Kenya Federation, in partnership with Betika has unveiled a KES 5.3 Million package for Kenyan Premier League and second-tier Betika National Super League players.

30 players from each of the 17 KPL and 19 NSL clubs will take home a KES 5,000 token each from the leading online gaming firm.

At hand to receive the token was Gor Mahia captain Kenneth Muguna and his Nairobi City Stars counterpart Anthony Kimani, on behalf of the 36 clubs.

“Thank you Betika and FKF for this kind gesture towards us,” said Kenneth Muguna.

Anthony Kimani, on his part, welcomed the token, saying: “We feel appreciated. Never before has football been suspended to this extent and this token, though not enough, will go a long way in cushioning us against the economic effects of the global pandemic.”

“Football has been largely affected by this pandemic and it is for this reason that we opted to partner FKF in supporting our players,” he said. 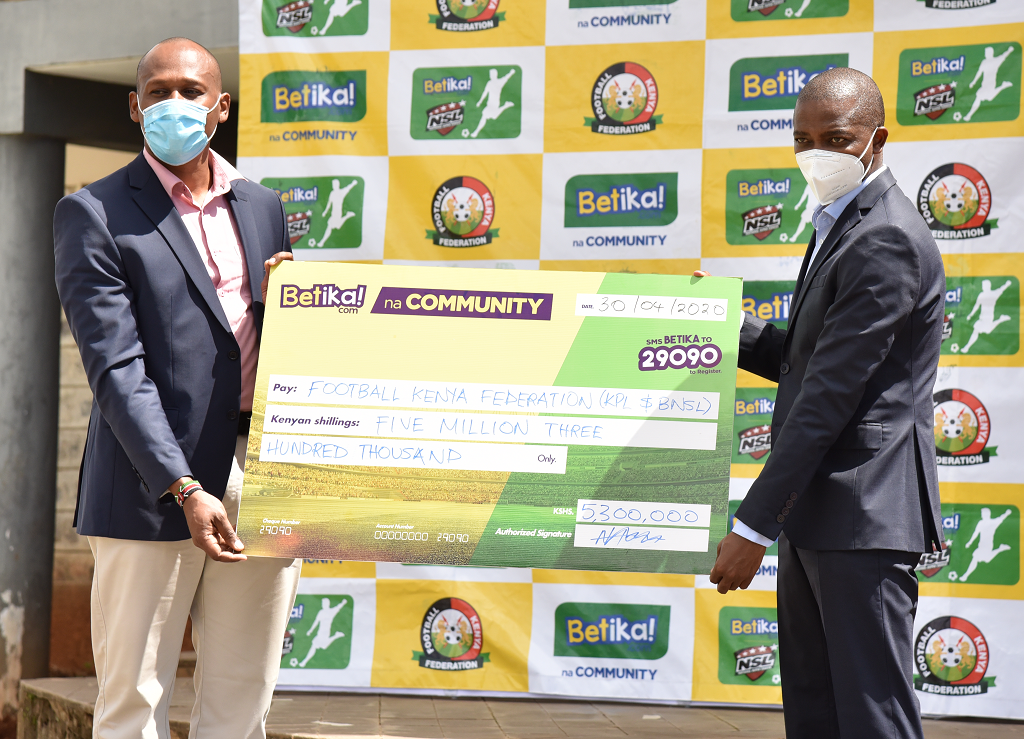 FKF President Nick Mwendwa, meanwhile, thanked Betika for coming through for the players and called on other partners to consider extending support to players from lower-tier leagues, who have also been affected by the pandemic.

“I want to thank Betika for this kind gesture towards KPL and NSL clubs,” said Mr. Mwendwa.

“As a Federation, we remain committed to exploring measures that cushion our players, right from the grassroots to the top tier leagues, during this time when football has been largely affected,” he added.

The token comes amid Betika’s KES 90 Million investment into the second-tier National Super League as well as the community grassroot leagues. Betika is the Federation’s official grassroot partner.