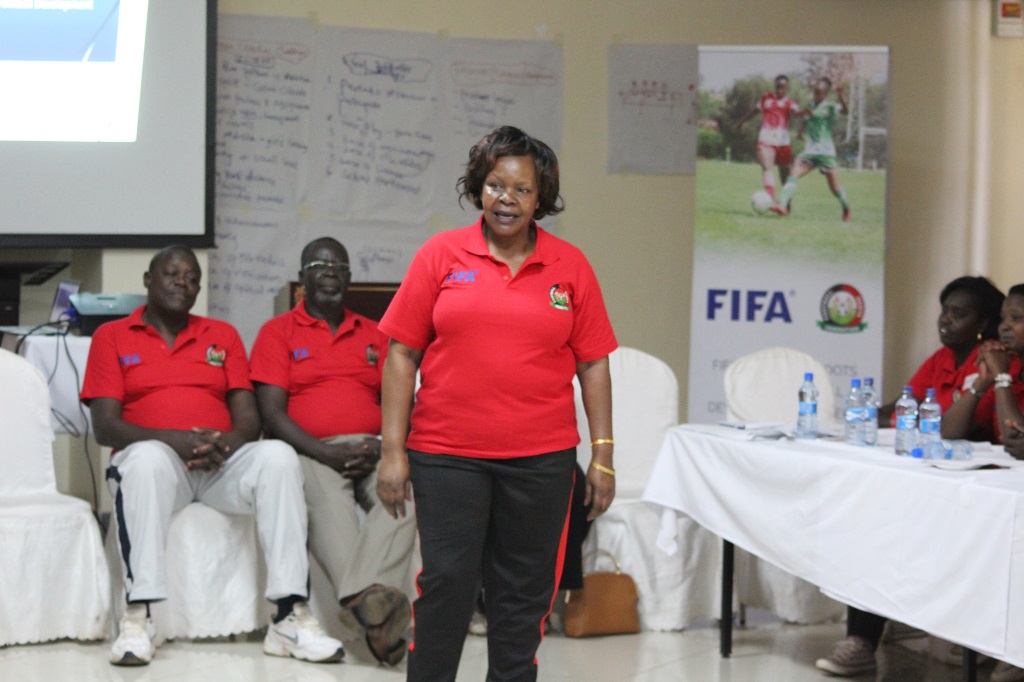 Football Kenya Federation Deputy President, Doris Petra has been selected to head a committee of Vice Presidents that will organize tournaments in the CECAFA region.

CECAFA Secretary General, Nicholas Musonye made the announcement after the 2019 CAF awards held in Hurghada, Egypt, on Tuesday, January 7, 2020.

The committee consists of other notable vice presidents in the region and they include; Aimable Habimana (Burundi), Bani Ahmed Eltatih (Sudan), Justus Mugisha (Uganda) and Eunice Ali (Djibouti)

“The CECAFA Executive Board arrived at a consensus in which the new committee is to set up competitions before the end of February so as to start working on the calendar,” said Nicholas Musonye.

The Deputy President previously served as the regional organization’s WomenRepresentative in its Executive Committee.