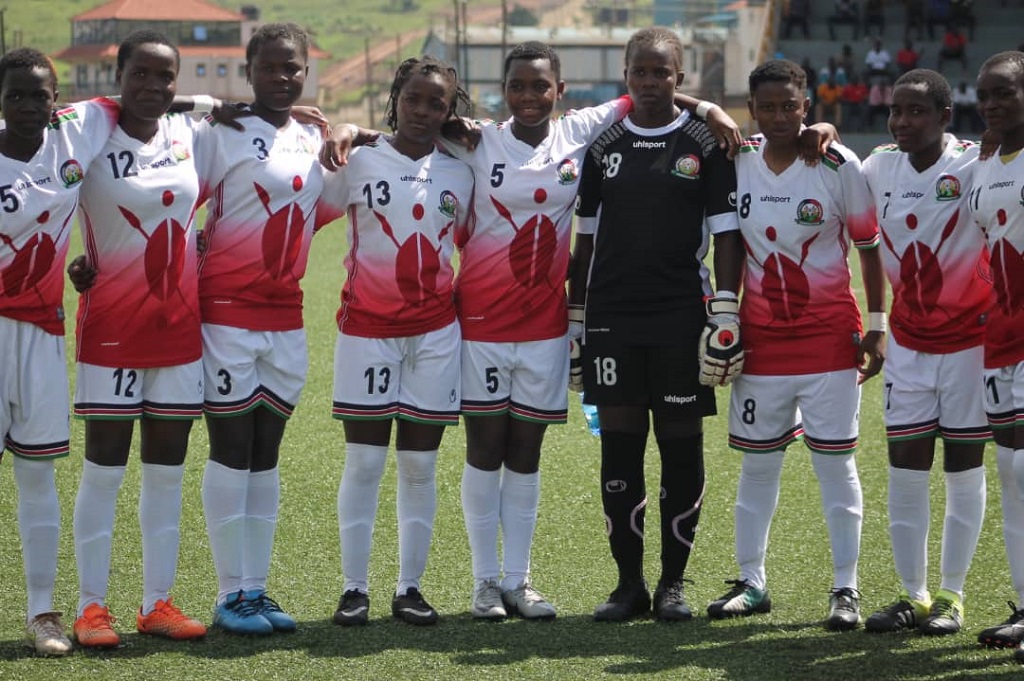 The Kenya U17 Girls team is currently in second place after the first six games played in the CECAFA U17 Championships been played at Jinja, Uganda.

Out of its opening two matches, team managed four points, trouncing Djibouti 14-0 in their opening game while sharing spoils in a 1-1 draw with Eritrea on Wednesday at the FUFA Technical Centre.

The team forward Fasila Adhiambo currently tops the scorers’ table with her meticulous five goals bagged in the match pitting Kenya and Djibouti on Monday, December 9, 2019.

In the 6 out of 15 games played in the CECAFA tournament, Kenya has attained one yellow card from their midfielder, Eunice Gathigia during the Kenya, Eritrea match played on Wednesday, December 11, 2019

The Kenyan team is set to play a blockbuster against Tanzania on Friday, December 13, 2019, which will determine which team will get attain the second place in the tournament standings.