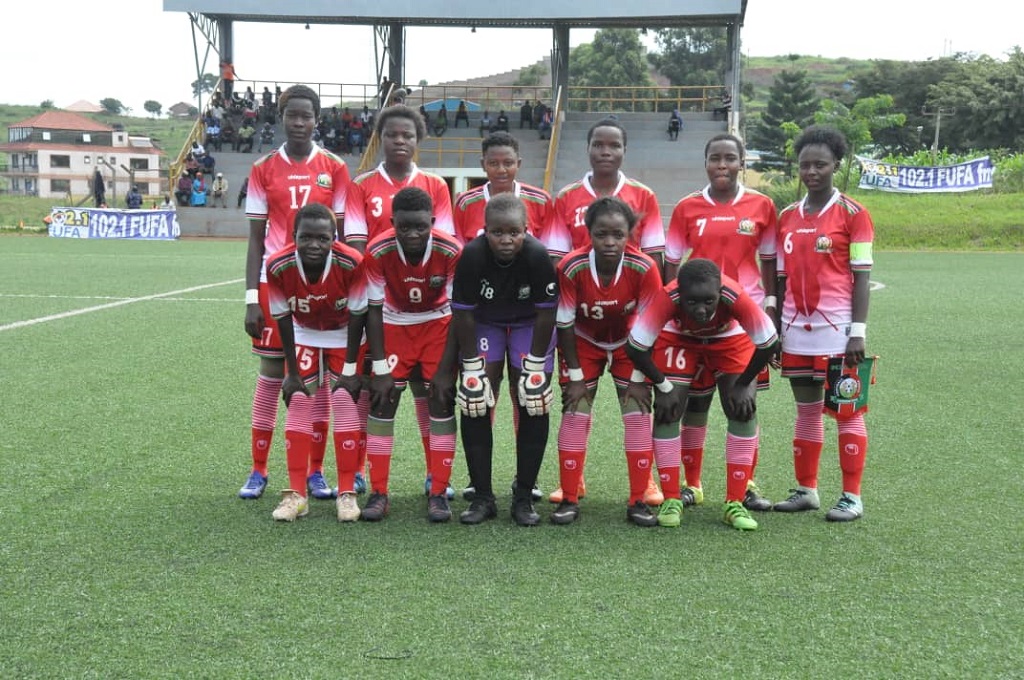 The Kenya U17 national girls team coach,Jackline Juma, has named the starting lineup for their final match against Uganda at the FUFA Technical Center  in Jinja,Uganda.

The Kariobangi North Goalkeeper Melvin Ayugi, has been tasked to man the posts and will have Enily Andayi, Nelda Atieno and Janet Odhiambo to cover the defense.

Viola Khalai, Sylvia Makhungu, Fasila Adhiambo and Anna Arusi have been tasked to play upfront for the team during their final match.

The match kicks off at 3 pm EAT