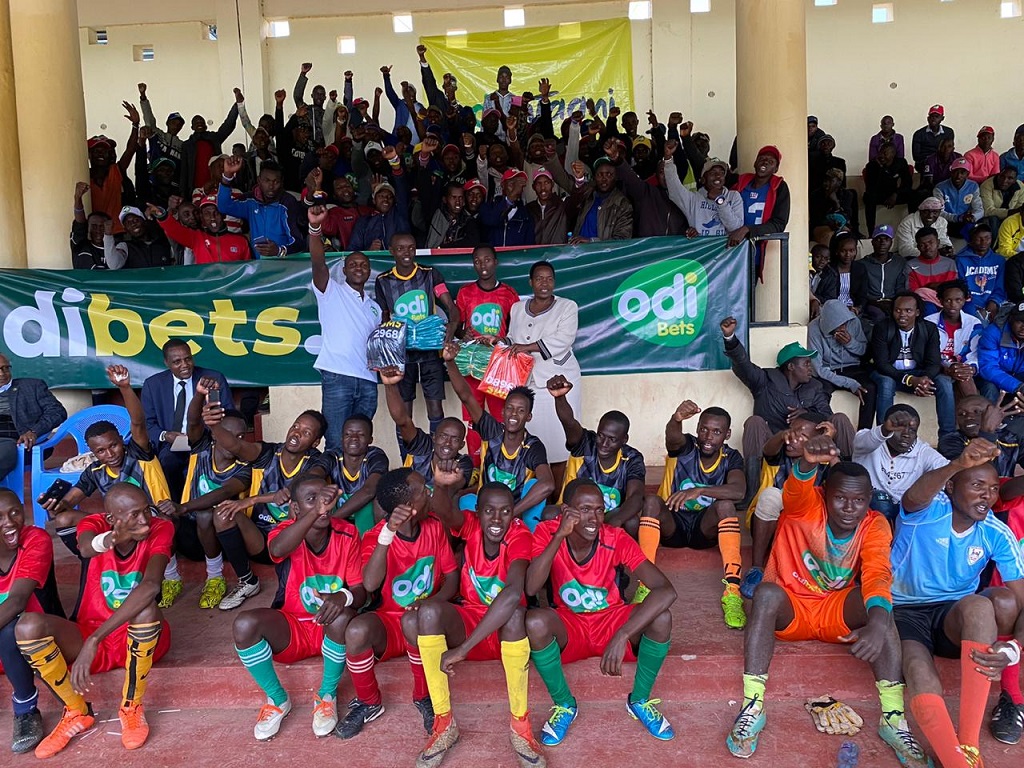 Football Clubs in Narok County were jubilant as leading online gaming firm, Odibets, handed them kits at the Narok Stadium on Wednesday, January 29, 2020.

The Odimtaani team as well handed clubs from Kericho and Bomet counties jerseys on Thursday, at the Bomet Stadium and Kericho Green Stadium.

This, as the materialization of a partnership between Football Kenya Federation and OdiBets takes shape, with county league clubs the biggest beneficiary. OdiBets is FKF’s County Leagues partner.

Earlier this month, clubs from the coastal region, as well as the Lower and Upper Eastern regions, felt the OdiMtaani heat. Nairobi Clubs had got the ball rolling in December last year, with over 100 clubs getting jersey sets for their home and away matches.

Today, the OdiMtaani team visits Nakuru and Baringo Counties, before they shift focus to the upper rift and western regions.