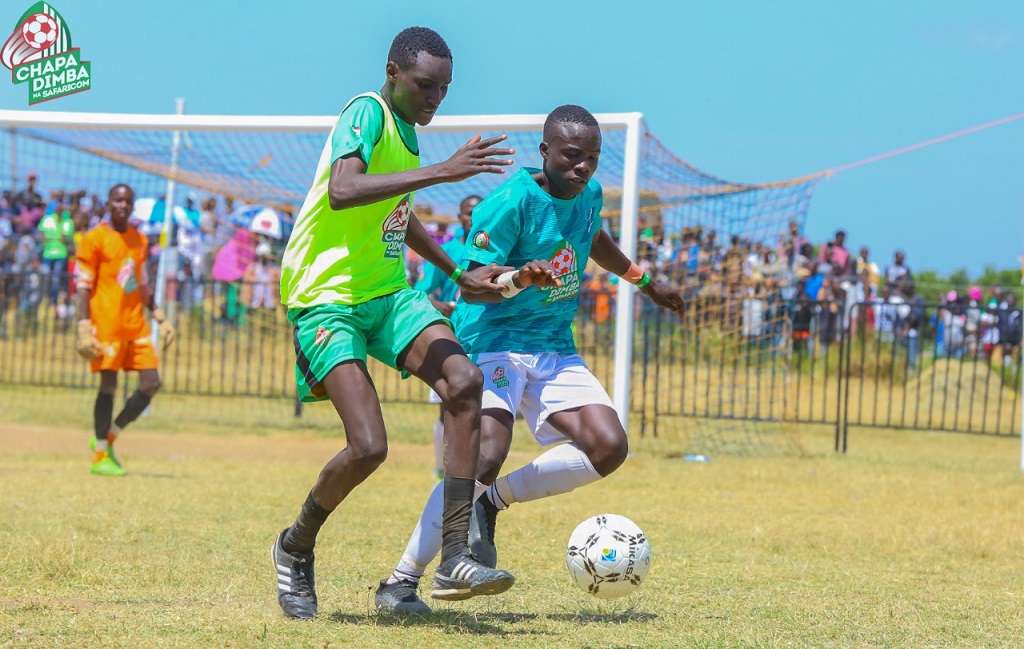 Last season’s Rift regional winners Al-Ahly FC from Kajiado, who were runners up in the national finals, also failed to go past the group stages in what is turning out to be one of the most competitive regions in the tournament.

“One would easily mistake the grassroots for the finals going by how competitive the games were. The teams were allowed to have an additional three players in the spirit of tapping talent from the relegated teams and we expect an even tougher regional finals with no team being perceived as an underdog,” said Evans Omondi, Chapa Dimba Na Safaricom Rift Valley region coordinator.

Season 1 Champions Kapenguria Heroes from West Pokot will be looking to reclaim their lost glory but they will first have to make it past White Rhino from Transmara with Laiser Hill Academy from Kajiado taking on Tumkas FC from Uasin Gishu in the boys’ semis. In the girls’ semis, Itigo Girls from Nandi North will play Achievers from Kajiado as Bomet Queens from Bomet take on Wiyeeta from West Pokot in the girls’ semis.

“Football is unpredictable. You may come prepared for a win but the odds don’t favor you. I know for sure it won’t be easy to secure a win, however, we have trained hard in readiness for the teams we have been drawn against. I have faith this time round we shall win and represent our region at the national finals,” Peter Tanui, Coach Tumkas FC.

During last year’s regional final, Kitale Queens thrashed Itigo Girls from Nandi 4-0 to become the region champions and further proceeded to the nationals beating Acakoro Ladies 4-2 in post-match penalties becoming the girls’ national champions. Al-Ahly emerged regional champions in the boys category after defeating Tumkas FC 3-0 in post-match penalties and at the national finals they were eliminated in the final by eventual winners Manyatta United.

The winning teams in the regional finals will walk away with KES 200,000 each and a chance to represent the region in the national finals set for June 2020 where KES 1 million is up for grabs. The runners up will pocket KES 100,000 with a host of individual prizes set to be won.

After the regional finals, an All-Star team comprising of 16 girls and 16 boys will be selected to attend a 10-day training camp in Spain during which they will play friendlies against top Spanish La Liga Football Academies.