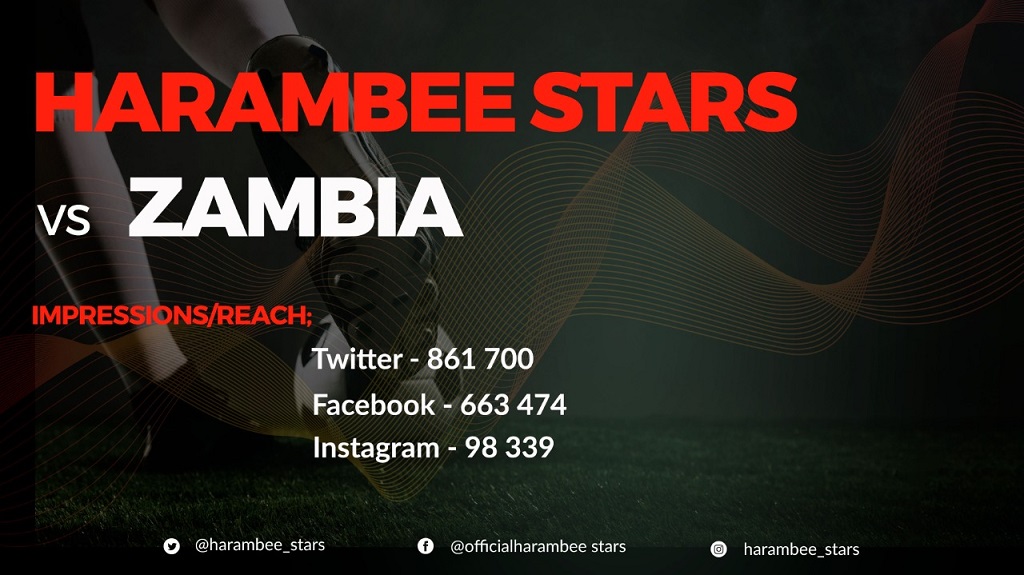 Stars, who are active on three major social media platforms; Twitter, Facebook, and Instagram, played host to the Chipolopolo of Zambia at the Nyayo National Stadium in Nairobi on the 9th of October 2020 with the game marking a return to competitive football in the country after a seven-month layoff following the covid-19 outbreak.

The statistics were generated from an eight-day period before and after the match, starting with the players checking in to camp on Sunday 4th and concluding with the match highlights the day after the game. 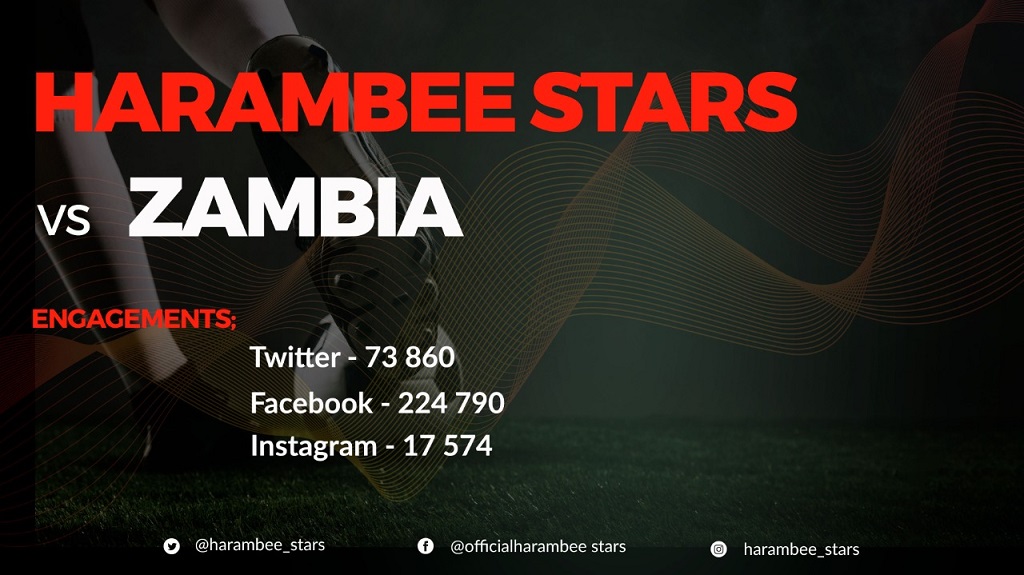 CECAFA U20: Rising Stars brace for semis with Uganda 0