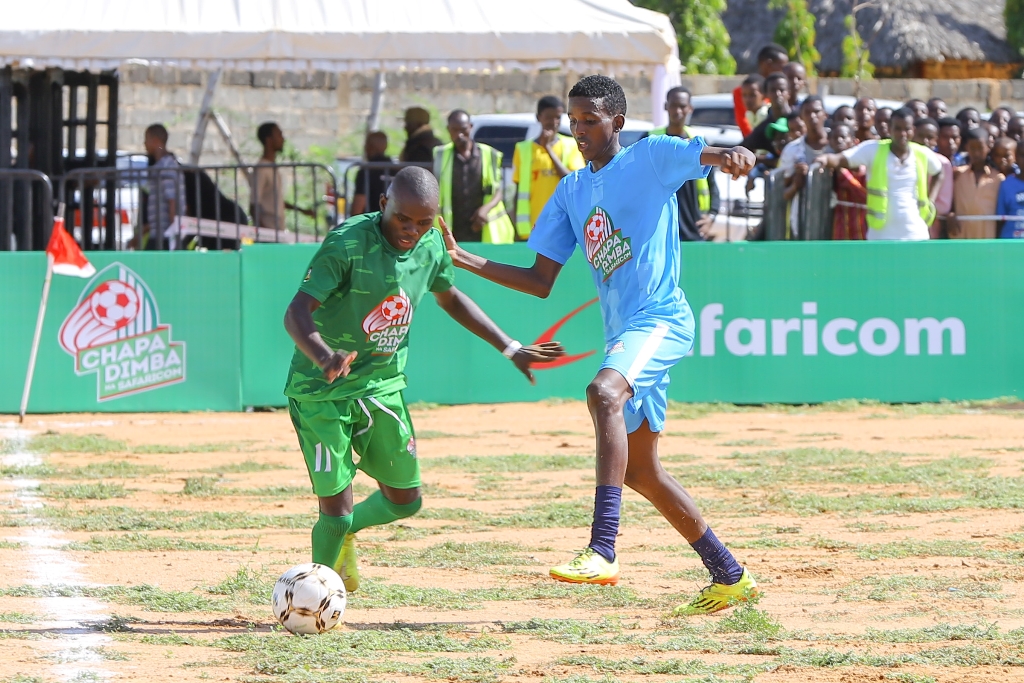 Breezham will face off with Shimba Hills in the final of the Coast Region Chapa Dimba na Safaricom Youth tournament slated for Sunday, January 21, 2018, at the Shanzu TTC.

The Malindi based side whitewashed Iqra FC from Lamu 7-1 in the first boys’ semifinal played on Saturday, January 20, 2018.

In the second semifinal, Shimba Hills from Kwale ran out 3-1 winners over Shimanzi FC from Mombasa to set up a final date with on form Breezham on Sunday.

The girls’ category semifinals were played earlier in the day, with Waa Girls from Kwale and Solwogidi from Malindi booking final slots at the expense of St John’s Kaloleni and Kilifi Queens respectively.

The finals are set to be played on Sunday with the overall winner in each category set to represent Coast Region in the National Finals later this year. The finals will be live on free to air channel Bamba Sports