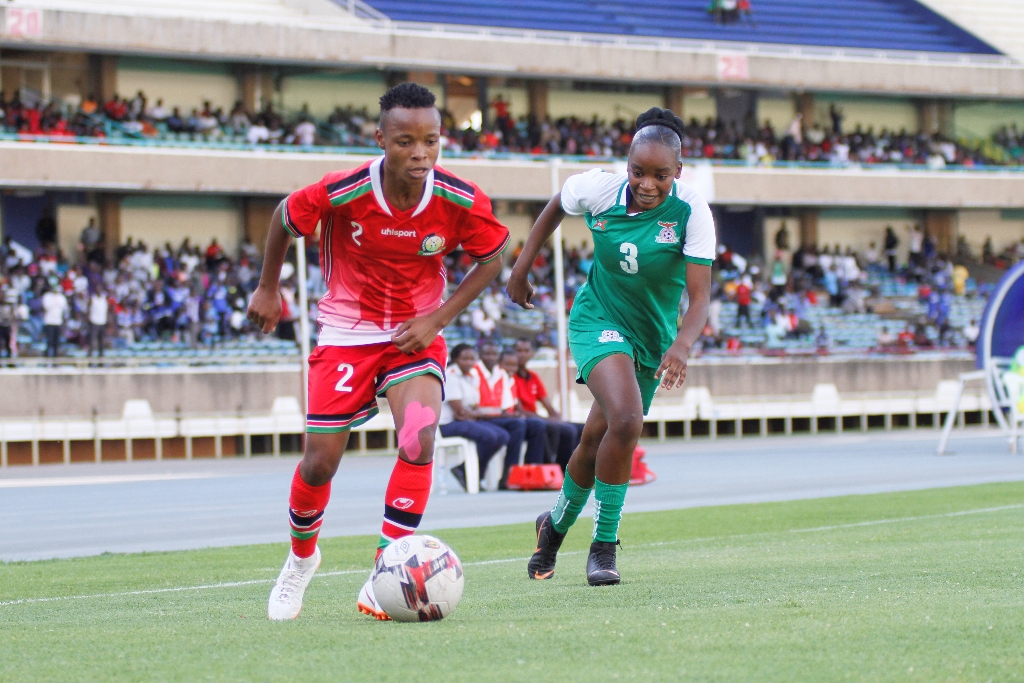 The Kenya Women’s National Team, Harambee Starlets, held their final training session on Thursday, November 7, 2019, ahead of the first leg of their Olympic qualifiers against Zambia tomorrow.

The Harambee Starlets head coach, David Ouma, emanated confidence in his team to win the game against Zambia tomorrow.

“The players have portrayed great resilience in the camp and I believe my team will do a good job,” said the Harambee Starlets coach, David Ouma.

“Since we are playing at home we have to maximize on our strengths to our advantage in the game tomorrow,” he continued.

“Despite the minor setbacks faced by the team, our main focus is on the game tomorrow and I believe we shall perform well in the game,” said the Captain, Dorcas Shikobe.

Team Forward,  Mwanalima Adam, urges the fans to support them in large numbers in tomorrow’s game.

“Tomorrows’s game will not be easy but we as a team will not allow Zambia to defeat us at home. We only urge fans to come in large numbers so as to be a source of motivation to us as the team,” said Mwanalima.

The match is set to kick off at 4 pm EAT at the MISC Kasarani stadium with free entry.