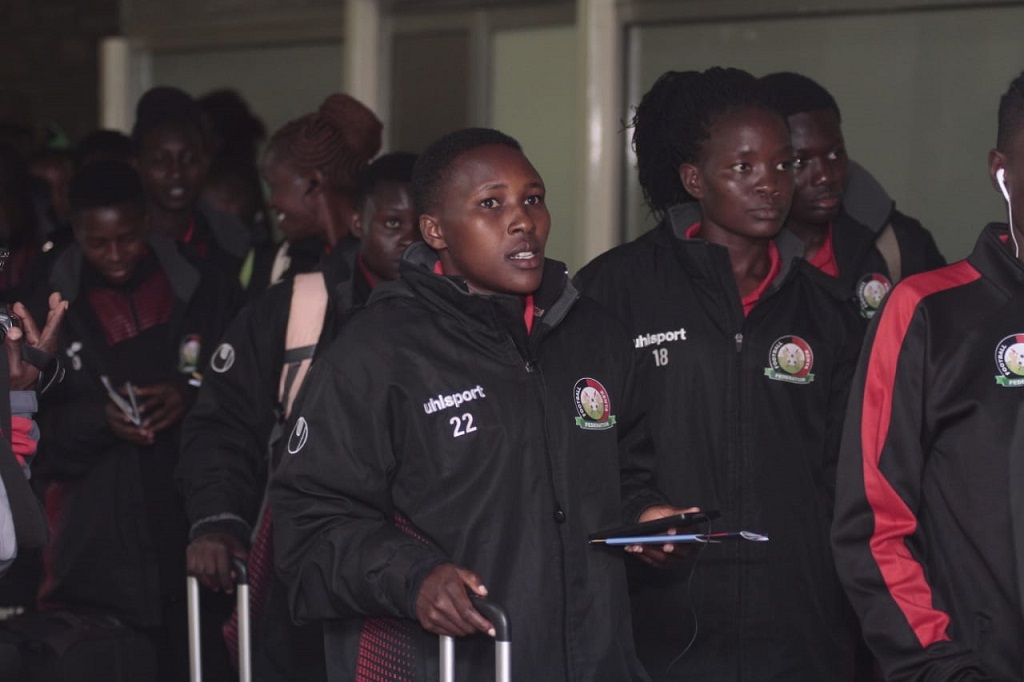 Harambee Starlets departed for Istanbul early Tuesday morning in time for the upcoming Turkish Women’s Cup set to kick off on Wednesday, March 4, 2020, in Alanya, Turkey.

The team has been in camp in Nairobi and now has its eyes set on the international tournament, which will act as a build up to the 2020 Africa Women Cup of Nations Qualifiers against Tanzania in April.

“This tournament has come at an opportune time for me to gauge my players ahead of the upcoming qualifiers. We have had one week to brush through our style of play so I am confident we will do well against top opposition,” said coach Ouma as the team left for Turkey.

Influential forward Mwanalima Adam, meanwhile, relished coming up against top opposition, pointing out that they will be better prepared to face Tanzania in April.

“Coming up against top opposition is enough motivation for us to give a good account of ourselves in Turkey. We’ll give our our best, and hopefully we’ll carry the form to our match against Tanzania,” said Adam.

Starlets has been pooled alongside Northern Ireland, Chile,Uzbekistan, with Hungary, Venezuela, Hong Kong, Romania and Turkmenistan set to make an appearance at the tournament.