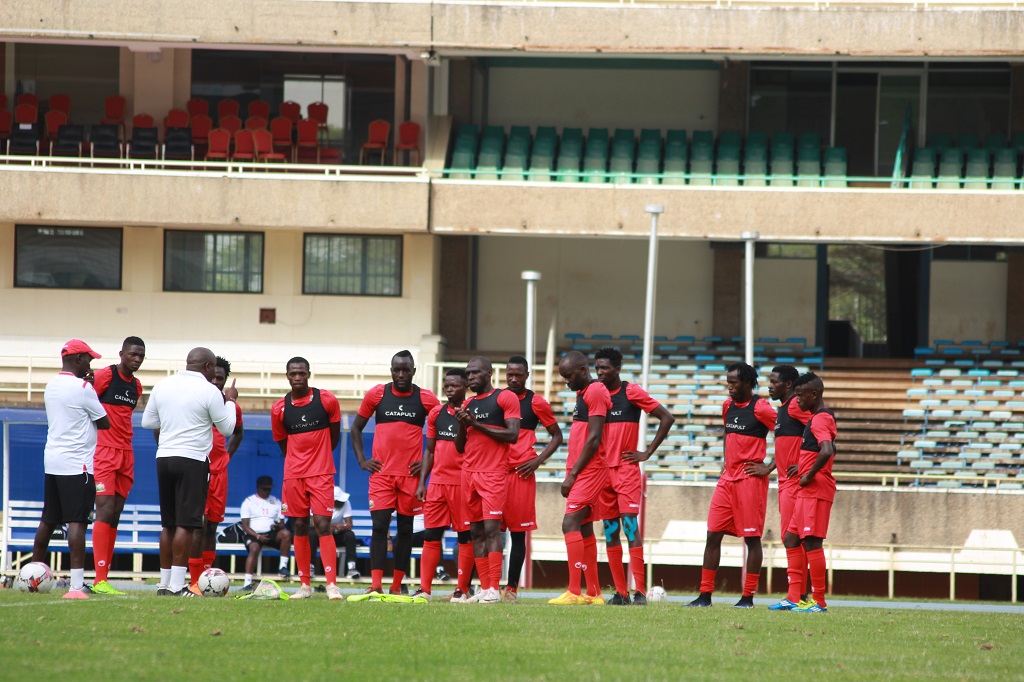 Harambee Stars, has on Monday, March  9, 2020, kicked off preparations for the upcoming 2021 AFCON Qualifier match against Comoros at the Kasarani Stadium.

16 local-based players took part in the Monday’s session with Tusker player Eugene Asike  also receiving a call up to the National team after a three year break.

“We thank the local clubs for releasing the players so as to enable early preparations ahead of the match agaianst Comoros,” said coach Francis Kimanzi.

“We have 16 players in camp at the moment and we will be  expecting foreign based players to join them in the next two weeks,” said coach Francis Kimanzi.