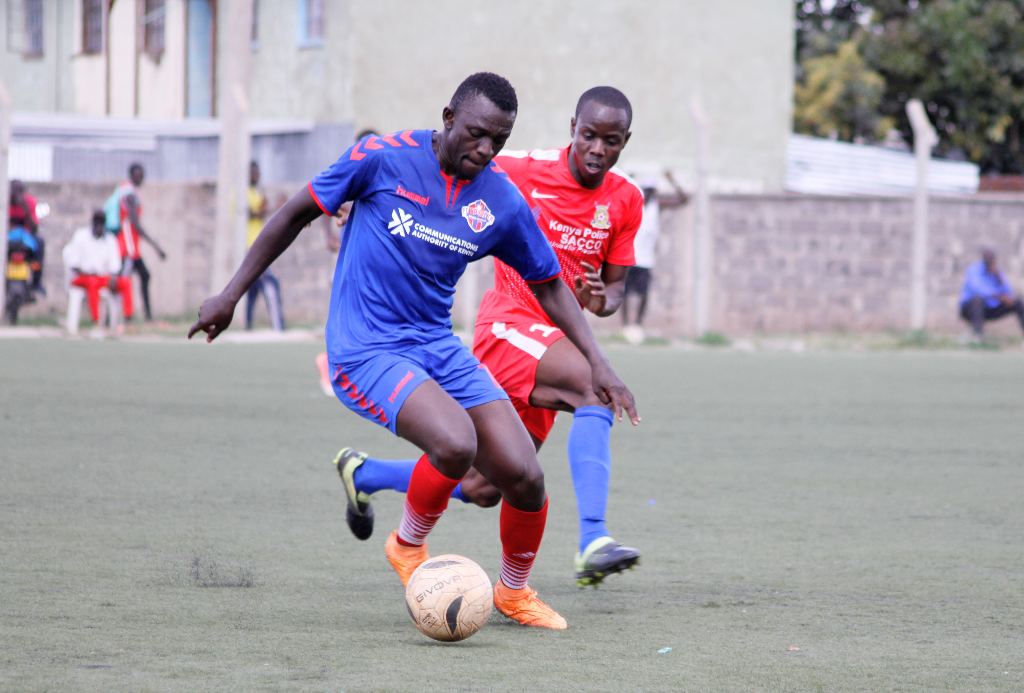 Ushuru moved to within a point of league leaders Western Stima following a 3-0 win over Nakuru All-Stars in an FKF National Super League match played on Saturday, May 26, 2018, at Camp Toyoyo.

A goal apiece by Ekaliani Ndolo, Alex Sunga and Baron Jobita saw the Taxmen conclude the first leg as the second best team with 35 points. Only Western Stima has a better point tally: 36 points from 18 matches.

KCB and Kibera Black Stars who have amassed 33 points and 31 points respectively, make up the top five. Black Stars were upset at the death by St Joseph Youth in the second of a double header aired LIVE on Bamba Sports.

KCB, meanwhile, shrugged off a 2-1 loss to Nairobi Stima in their last match to edge out FC Talanta 1-0 at Camp Toyoyo on Friday. Dennis Ngángá scored the lone goal.

In the meantime, Nakuru All Stars will be hoping for a turnaround of fortunes in the second leg, following a troubled start to the season.

All Stars has won twice and lost 14 times in the first leg, ammasing only eight points from 18 matches.

GFE 105 has also struggled to keep up with the demanding competition levels of the league. The Eldoret based side has only won once, against Nakuru All Stars in March. The team has shared the spoils five times and lost 12 matches.

One match will be played on Sunday, May 27, 2018, at the Mbaraki Sports Club starting 3 pm. The match will pit Modern Coast Rangers against Administration Police.

Isibania will also face St Joseph Youth on Saturday, June 2, 2018, in another match that had been rescheduled. The match, which had earlier been slated for May 12, 2018, but was rained off following a heavy downpour