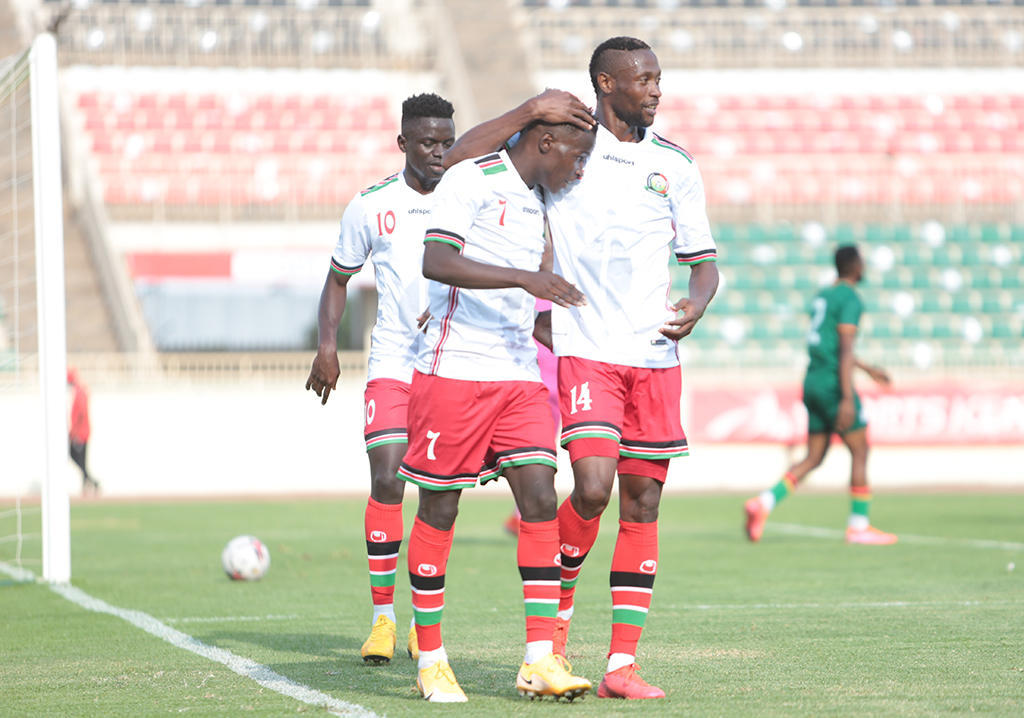 Football resumes with win for Harambee Stars over Zambia

Rt. Hon. Raila Odinga has on Thursday, June 20, 2019, thrown his weight behind Harambee Stars’ bid to make history at the upcoming Africa Cup of Nations, set to kick off on Friday.

This as he paid the team a courtesy call at their residence in Egypt, alongside Devolution CS Eugene Wamalwa, and Kenyan Ambassador to Egypt, H.E Joff Otieno.

“Today I have come to show my support to Harambee Stars as they represent us at AFCON after 15 years. We want them to give a good account of themselves and show that Kenyan football has come of age,” said Hon. Raila Odinga.

“Our message was to give them (Harambee Stars) morale, to tell them that the entire nation is behind them and we want them to carry the flag very high,”

“I am very happy with the preparations that have been done. I see that morale is very high. We want Kenyans back home to continue sending messages of goodwill and our hope is that the team will go far,” added the former Prime Minister.

Captain Victor Wanyama, meanwhile, reiterated the player’s gratitude to Government for facilitating the team’s preparations for the tournament.

“We have had adequate preparations for the tournament. I want to thank Government for fully supporting us and we are confident that we will replicate this support with positive results on the pitch,” said Captain Wanyama.

Harambee Stars has been pooled in Group C alongside Algeria, Senegal, and Tanzania.

The team’s first match will be against Algeria on Sunday, June 23. Tanzania will be up next on June 27, before Kenya winds up her group stage matches against Senegal on July 1, 2019.