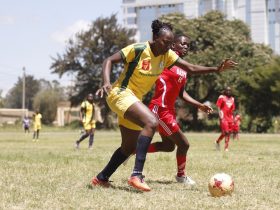 Sunderland Samba has outplayed Mathare United Women 5-1 on Sunday, January 31, 2021, in the FKF Women Cup round of 32 action at the Ligi Ndogo grounds.

Winfrida Kerubo went for a goal in the 12th minute giving Sunderland Samba an early lead, however, one minute later, Gladys Akoth replied with a goal for Mathare United Women.

Before the sound of the first half whistle, Angela Mirenja shot past the Mathare United Women’s defense to break the equalizer in the 41st minute.

Later on, Kibera Soccer Ladies booked a spot in the Round of 16 after bagging a 2-1 win against Kangemi Starlets.

Irene Namale netted a goal in the 5th minute giving Kibera Soccer Ladies an early lead and she followed it through with her brace in the 42nd minute. Soon after, Fasili Adhiambo managed to bag a consolation goal for Kangemi Starlets in the 43rd minute.

A series of upsets by the FKF Women Division One teams led to FKF Women Premier League teams such as Eldoret Falcons, Nakuru West Queens, Mathare United Women, and Thika Queens missing a chance in booking a spot for the Round of 16 action

Share this article
Tags: FKF Women Cup Round of 32 action 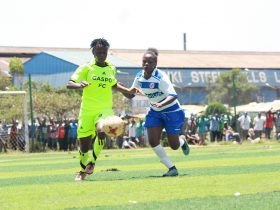 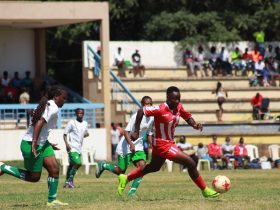 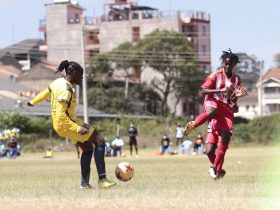