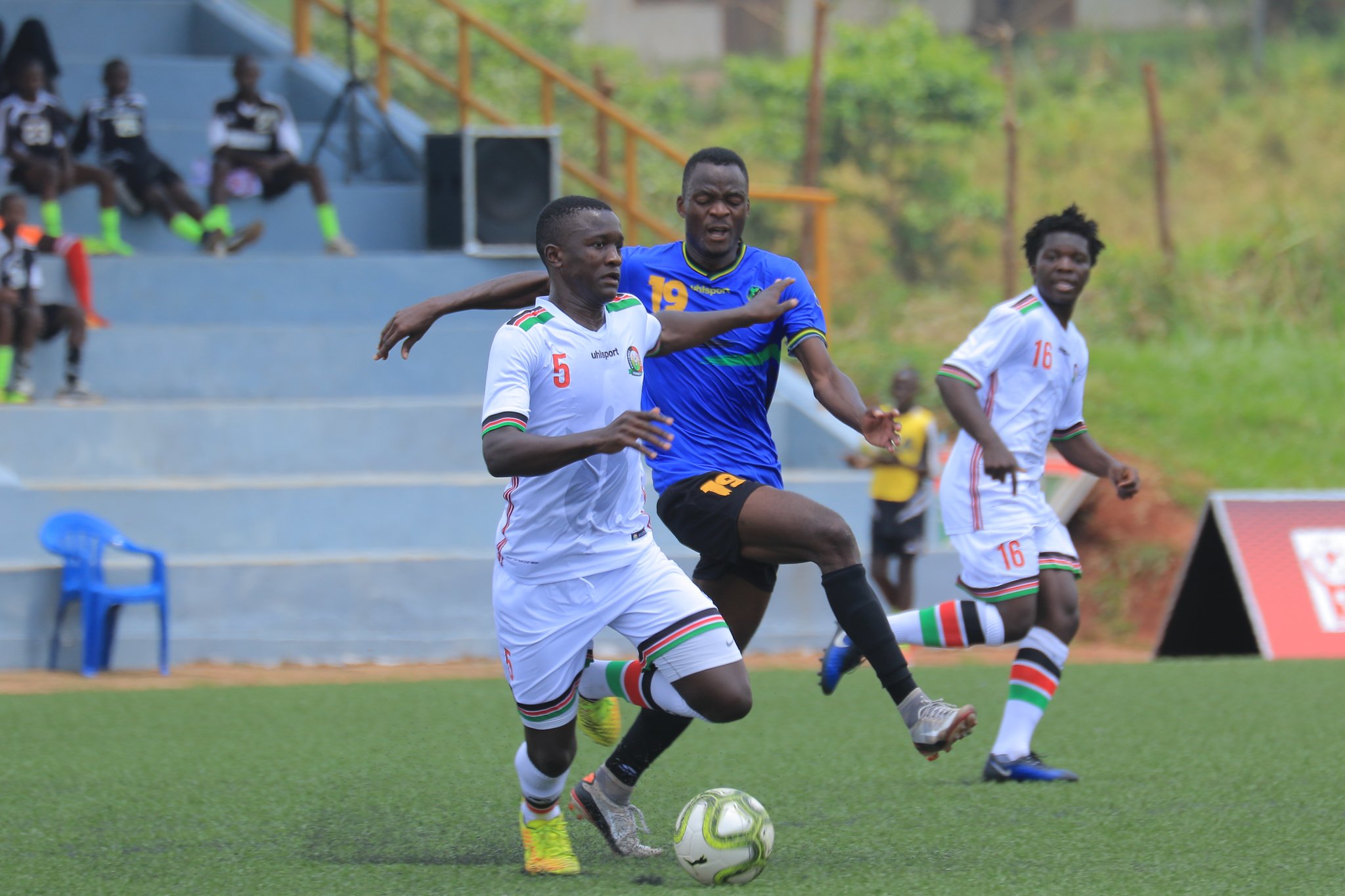 The Kenya U20 National Team kicked off their CECAFA Championships campaign on a high, beating Zanzibar 5-0 on Sunday, September 22, 2019, at the FUFA Technical Center in Jinja, Uganda.

Sydney Lokale was the star of the show, netting four times past the ten-man Zanzibari side, with second-half substitute Austin Odhiambo also on target.

Lokale got the Rising Stars off in the 32nd minute with a goal from the spot, one he doubled only six minutes later for a 2-0 halftime score.

The Kariobangi Sharks forward picked up from where he left upon resumption, netting twice more in the 71st and 80th minutes to all but seal the win for the Kenyan youngsters.

AFC Leopards forward Austin Odhiambo completed the rout in the 83rd minute, soon after coming on.

Kenya consequently tops Group B with three points and a superior five-goal difference. Tanzania is second with three points, following their 4-0 win over Ethiopia earlier in the day at the same venue.

Up next for the Rising Stars is a blockbuster against Tanzania on Tuesday, September 24, 2019, at the FUFA Technical Center, starting 4 pm.