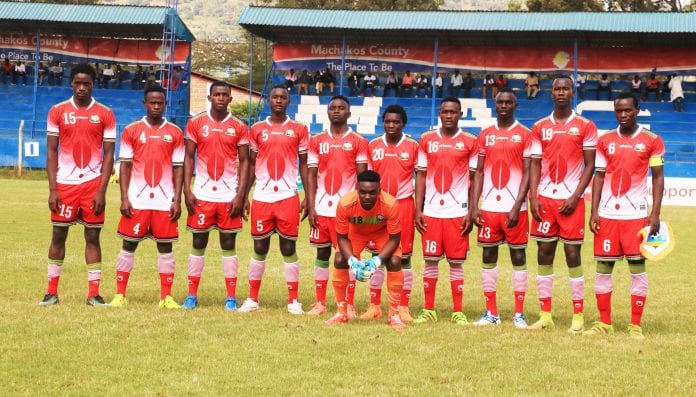 CECAFA U20 Championships fixtures released, Rising Stars back in camp

The Kenya U20 national team, the Rising Stars, has on Monday, September 16, 2019, kicked off preparations for the upcoming CECAFA U20 Championships in Uganda.

The team held two sessions on Monday, with one more lined up on Tuesday before their departure to Jinja, scheduled for Wednesday, September 18, 2019.

Coach Stanley Okumbi has trimmed his squad to 28 ahead of the junior regional showpiece, set to be played between September 21, and October 5, 2019.

Kenya has been pooled in Group B alongside Ethiopia, Zanzibar, Tanzania. Uganda, Sudan, Eritrea, and Djibouti make up Group A while Burundi, South Sudan, and Somalia constitute Group C.