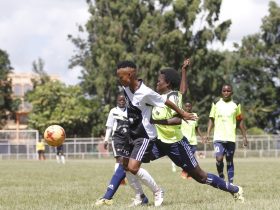 Their third success in a row came as they pipped home side Trans Nzoia Falcons 2-1  in their final match of the season at the Kenyatta Stadium in Kitale.

The Vihiga Queens coach was  elated at his team retaining the trophy after winning the league three times in a row.

“Winning the league three times in a row shows that our team is doing a remarkable job in the Women Premier League,” said Coach Alex Alumira.

Trans Nzoia Falcons Coach applauded his team despite the 2-1 results of the game against Vihiga Queens.

“I’m happy with how my team has played despite breaking for a while during the league.They have played really well,” said Coach Evans Ingosi.

SEP Oyugis also took up the third and final promotion slot, joining Women Division One League Zone B champions Nakuru West Queens and their Zone A counterparts Kahawa Queens in the top tier.

Kahawa Queens, meanwhile, were 2-1 winners over Nakuru West Queens in a playoff that preceded Vihiga Queens’ final match and were consequently crowned the overall Division One League champions.

“The game was not easy as we faced a worthy opponent but I am glad we put our best foot forward and were the overall winners of the Women Division One League ,” said Coach Joseph Wambua. 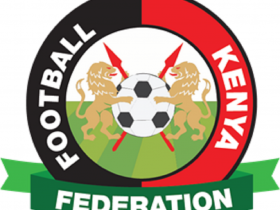