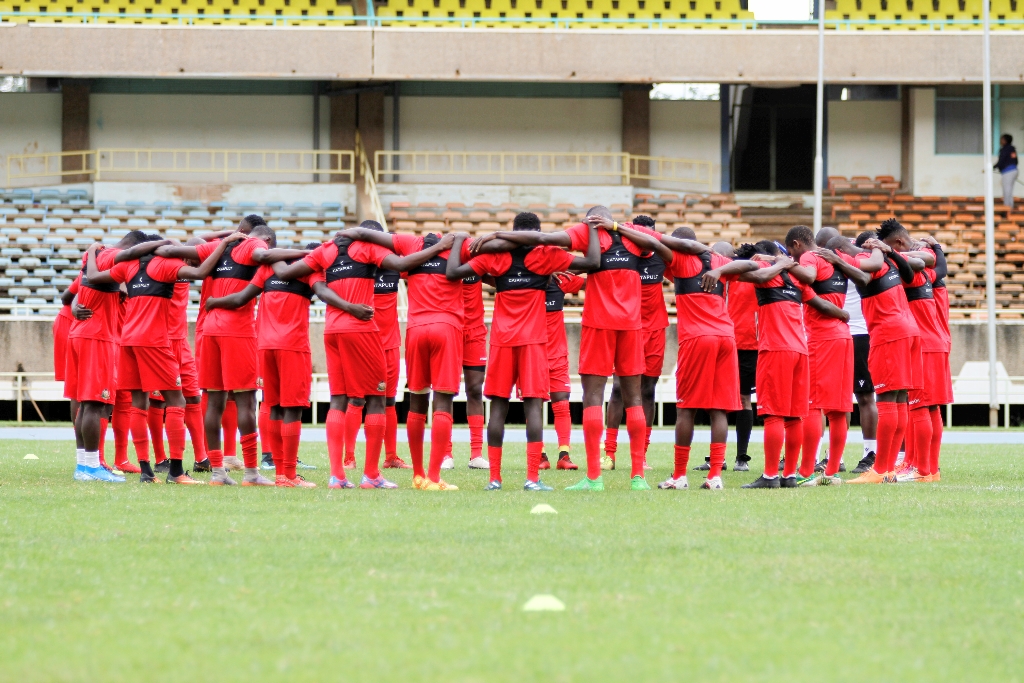 Full house in Harambee Stars camp ahead of CECAFA Championships

Harambee Stars defender Brian Mandela was on Thursday night welcomed to a warm reception from France where he had undergone surgery on his right knee.

Mandela suffered a Meniscus tear in the run-up to Kenya’s departure to Egypt from France for the upcoming Africa Cup of Nations. He was consequently ruled out of the tournament as coach Sébastien Migné named his 23-man final squad.

The burly defender has since expressed his gratitude to Football Kenya Federation, as well as his teammates, for the support he has received.

“It has been hard to accept (the injury), especially because of its timing, but the support I have received from my teammates in the past few days has made it easier for me,” said Mandela.

After successful surgery in France, Brian Mandela joined his teammates in Egypt to a standing ovation. Get well soon, Niang. #Tunaweza pic.twitter.com/tsaZszYZmM

“Football Kenya Federation has also made sure that my surgery was successful. The (Harambee Stars) Medical Team has also been supportive,”

“I may not be in a position to help the team on the pitch, but I am happy to be here to offer my support to the team, and hopefully they will do us proud,” he added.

Mandela featured in Harambee Stars’ friendly win over Madagascar in Paris. He will watch from the stands as Kenya face Algeria in their opening match of the tournament, set to be played on Sunday, June 23, 2019, at the Air Defense Stadium in Cairo.