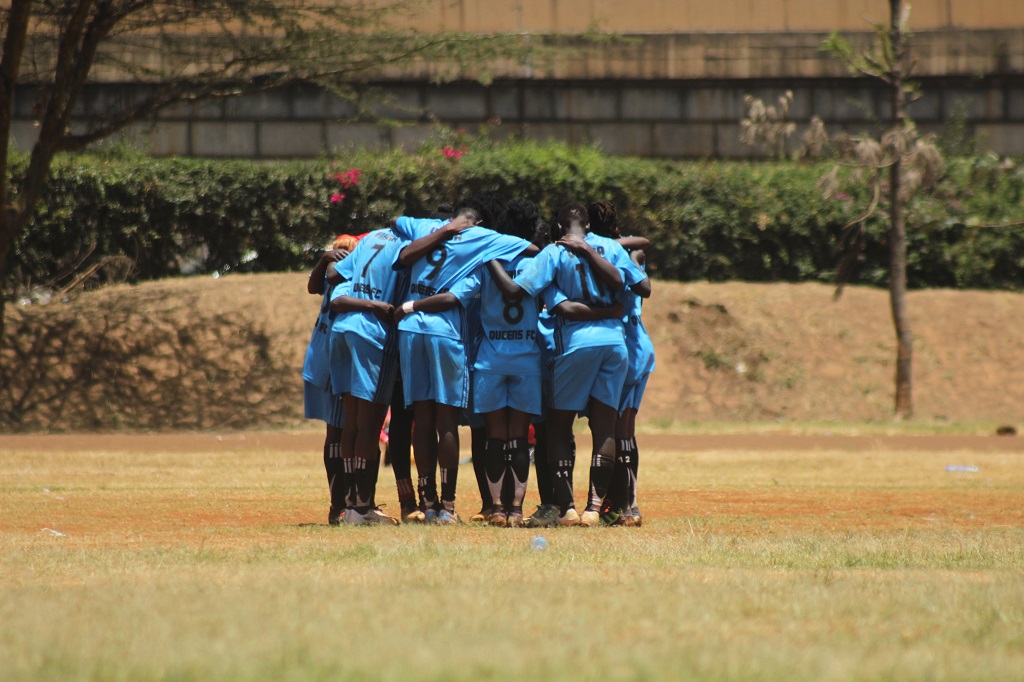 Eldoret Falcons expressed their dominance over Makolanders in a 7-1 win at Camp Toyoyo in one of three FKF Women Premier League matches played on Wednesday, October 24, 2018.

Thika Queens also bounced back from a two-match losing streak when they scrapped past Spedag at the Thika Stadium. Rachael Muema gave the deposed champions a 25th-minute lead that was backed up by a brace apiece by Lydia Akoth and Harambee Starlets Midfielder Mercy Achieng, the match ending 5-0.

League leaders Vihiga Queens, meanwhile, carried on their fine form with a 2-1 win over Kisumu All Starlets. Phoebe Owiti and Euphrasia Afwayi were on target for the defending champions with Betha Omita’s strike at the hour mark serving as Kisumu All Starlets’ consolation.