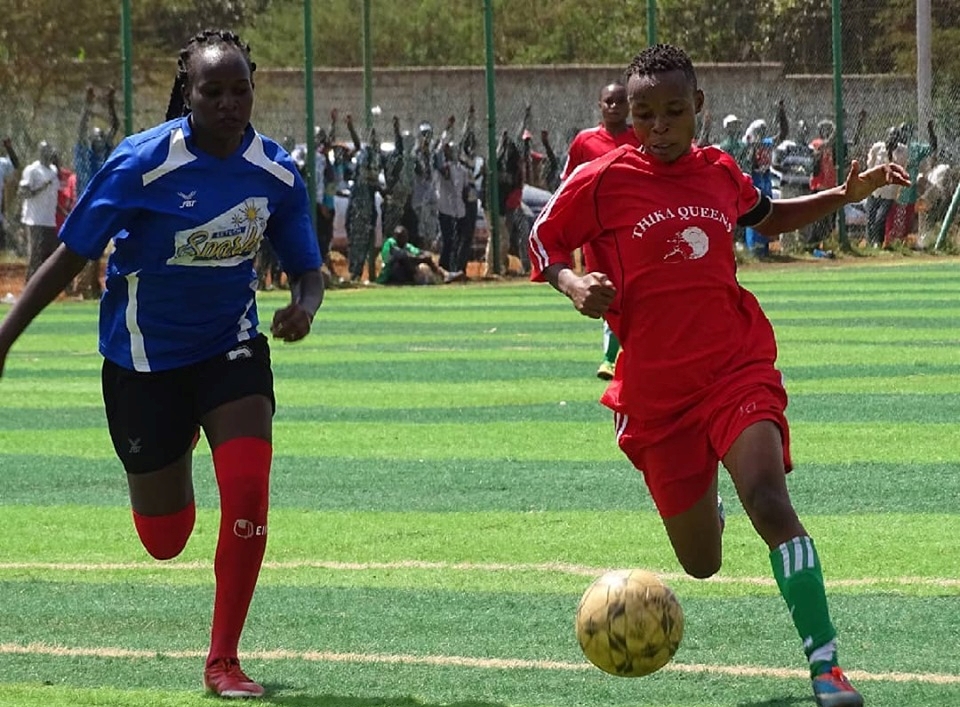 Harambee Starlets forward Martha Amunyolete netted a hattrick, with Monica Paul and Tumaini Waliaula also getting themselves on the scoresheet with a goal apiece to ensure the Falcons ended their weekend on a high.

This was their second win this weekend, having run over Soccer Queens 15-0 on Saturday at the Ruiru Grounds.

Kayole Starlet, meanwhile, came from a goal down to notch a 2-1 win over visiting Vihiga Leeds in a curtain raiser to Trans Nzoia’s match.

Purity Nzetu had given the guests a 39th-minute lead that would, however, be canceled out in the 69th minute by Audrey Kaeei before Emily Adhiambo struck a late winner for Kayole.

Four more matches will be played in midweek on Wednesday, November 28, 2018, as the league enters its homestretch.