How Harambee Stars coach Francis Kimanzi settles on the best 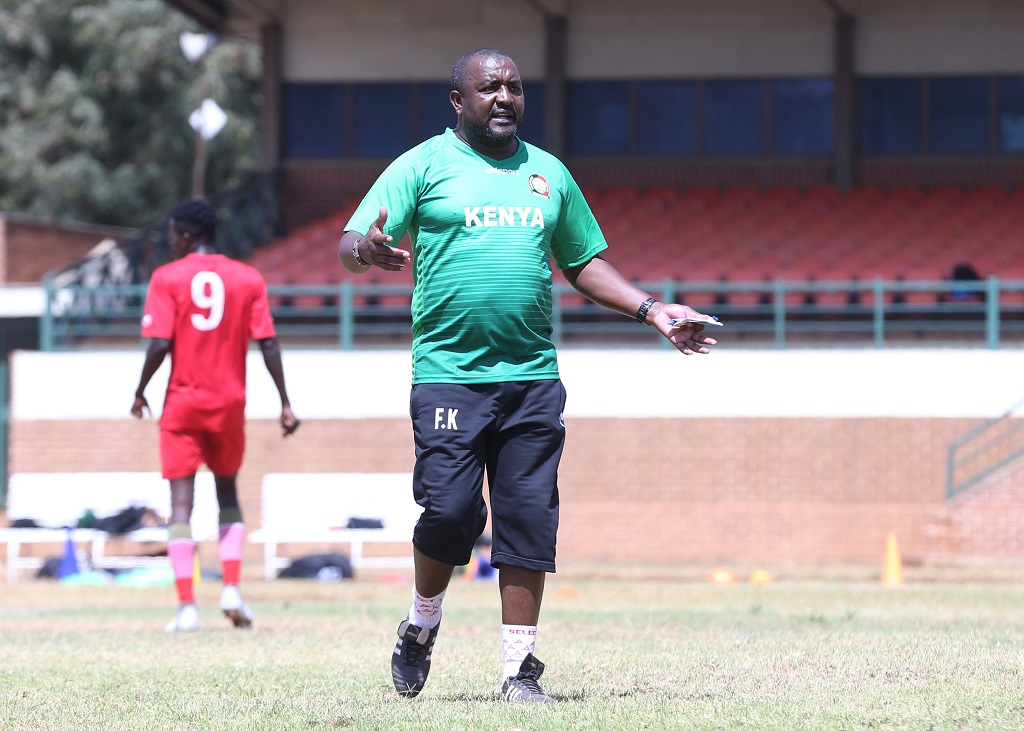 Harambee Stars head coach Francis Kimanzi has revealed how demanding it has always been to select the best players to the national team for international assignments.

This as he disclosed how his technical team has been putting a lot into preparation during this time of the pandemic.

“It is a difficult situation now but we have been engaging with the players at a personal level. We have also been doing a lot of planning and following up on our scouting database,” started off the coach, who took up the mantle in August last year after serving as former coach Sébastien Migné’s assistant.

“Player selection is never easy, but what counts is the current form,” added coach Kimanzi.

The revered coach, however, noted that foreign-based players don’t necessarily have an edge over their local-based counterparts when the technical bench sits down to select players.

“Take for instance, when Lawrence Juma (Gor Mahia midfielder) was in top form, we picked him into the starting team ahead of other foreign players. Playing abroad is secondary to the player’s current form when it comes to selection,” he said.

Coach Kimanzi was however coy on any new foreign-based players he has been keeping an eye on.

His best experience with the team, he says, was the run-up to the 2019 African Cup of Nations, one which Kenya came up against eventual finalists Senegal and Algeria, and Neighbours Tanzania. Stars held a month-long camp in France and played a friendly match in Madrid, Spain, as well.

“The tournament itself was a magnificent experience, but it is the run-up to the tourney that drew a lot of lessons. Being together for a month, and working under a top coach was such a learning experience,”

The coach also hailed Football Kenya Federation’s efforts in seeing to it that national team players always have a smooth time in camp, courtesy of a fully-fledged logistics team that works around the team.

FKF has also endeavored to keep the national team active in all international windows in the past four years.

“It is important for the team to remain active since these players are from diverse backgrounds. Building a team takes time and it is for this reason that we need to utilize every opportunity to squeeze in a match,” he said.

“Our logistics team has also done a good job: booking flights, hotels, and training sessions on time. We always need to have the players in proper mental shape if we are to produce results,”

His parting shot to the players was simple: “Keep safe. We need you healthy, hopefully, when things get back to normal”

Harambee Stars was scheduled to face Comoros in April 2020 in a two-legged Africa Cup of Nations qualifier before the pandemic struck. Stars had held Egypt to a 1-1 draw in the first leg, before playing out a 1-1 draw against Togo at home. The final tournament has since been postponed to January 2022.

Also lined up are the 2022 World Cup Qualifiers, where Kenya has been pitted against Mali, Rwanda, and Uganda.