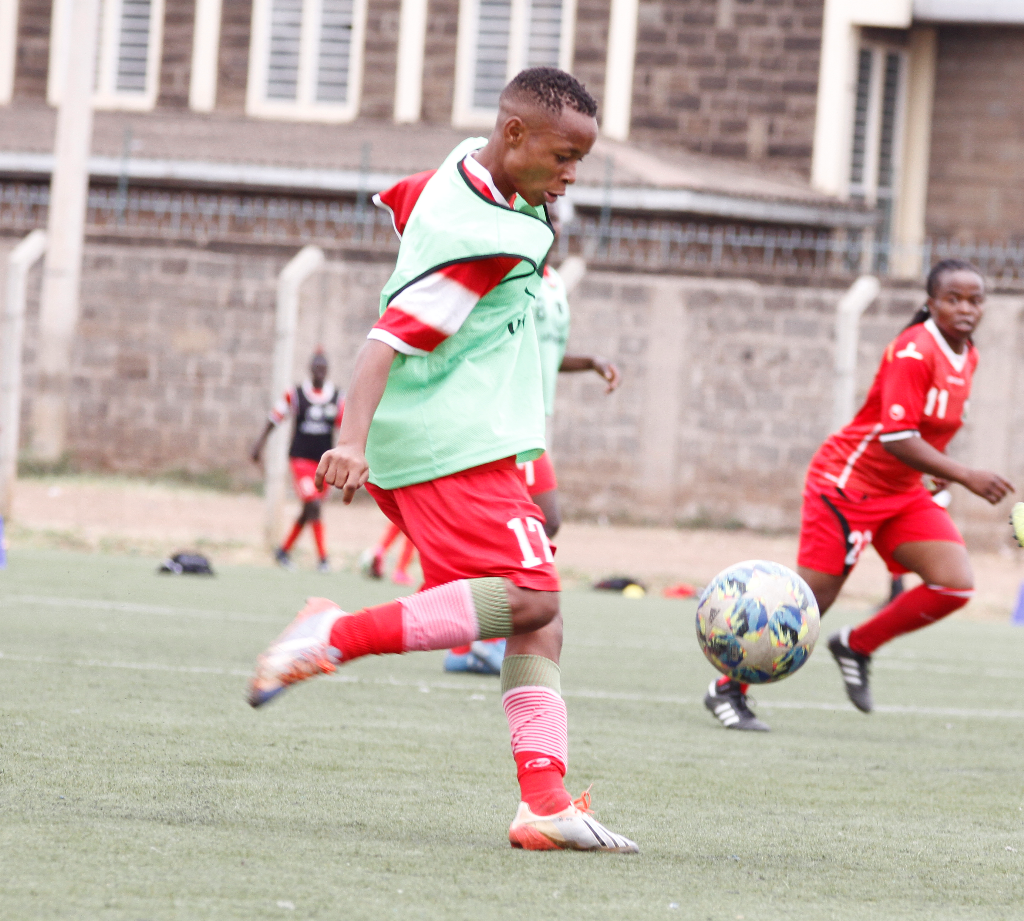 The Kenya women national team, Harambee Starlets, entered its third day of residential training on Wednesday, September 25, 2019, ahead of the scheduled Olympic Qualifier against Ghana.

The team holds double sessions every day and it is now all set for the two-legged qualifier set to be played next month.

“The first time we played against Ghana, they won, the second time, we drew with them, I therefore believe, it is possible to come home with a win,” said Assistant coach, Jackeline Juma, who had exuded optimism in the team, believing they will get a positive result.

“We have minor injuries but that will not hinder us from executing our full potential in the match,” she added.

Captain Dorcas Shikobe, meanwhile, revealed that morale was high as they aim to break the Ghana jinx.

“Morale in camp is high and we are looking forward to a positive result against Ghana in the coming game,” said captain Shikobe.

She continued to say, “I urge the fans to come I large numbers and support us as we play against Ghana,”

The final squad of 20 players is set to be named by the end of this week, with the first leg slated for October 4, 2019, at the Accra Sports Stadium in Ghana.

Starlets are thus scheduled to depart on October 2 and will jet back on October 5, 2019. The second leg will be played on October 8, 2019, at the MISC Kasarani.