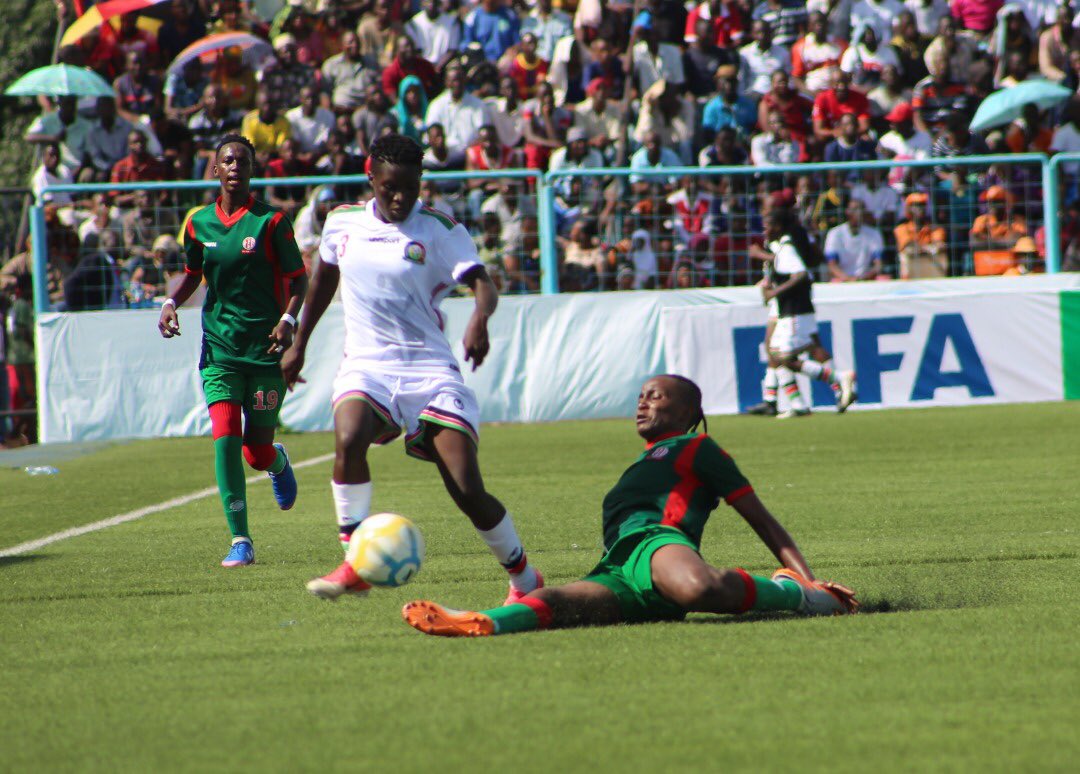 The Kenya Women National team, Harambee Starlets, checked into camp on Sunday, July 14, 2019, ahead of the upcoming Olympics Qualifier against Malawi.

31 out of 39 players initially called up took part in the team’s first training session on Monday afternoon, with the rest, among them Winnie Kanyotu, Elizabeth Wambui and Wincate Kaari, having been ruled out of this week’s camp, following injuries they picked up during last weekend’s Women Premier League matches.

The team is set to break camp on Friday ahead of this weekend’s WPL matches, with yet another camp scheduled for next week.

Starlets got a bye in the first round, and will be up against either of Gabon or Ghana in the third round should they pass the Malawi test.