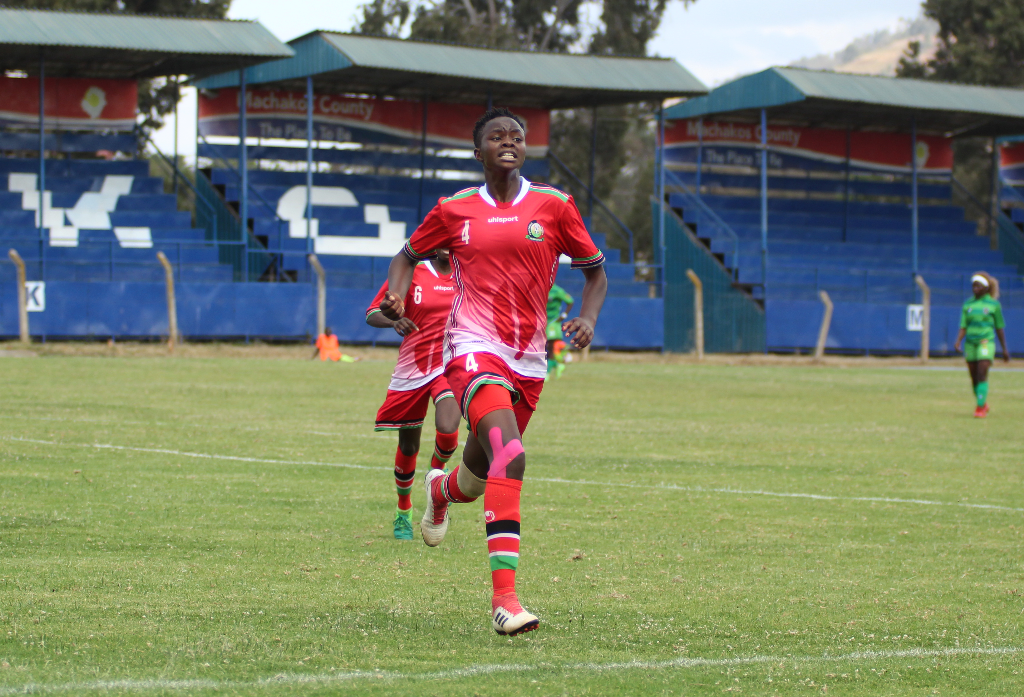 Harambee Starlets went down 3-1 to the National U15 Boys team in a build-up friendly match played on Thursday, September 26, 2019, at Camp Toyoyo.

This as the team entered its fourth day of training at the Camp Toyoyo, ahead of their scheduled Olympic Qualifier against Ghana.

Captain Dorcas Shikobe opened the scores in the 18th minute,  but Center of Excellence forward, Joseph Munala, replied with a goal at the 27th minute closing the first half.

The second half was a tight game but the Center of Excellence forward, Andrew Waliala, scored a brace at the 70th and 80th minute.

“I highly believe my team is most capable to face Ghana, we only need to improve the players’ aggression in the coming week,” he said.